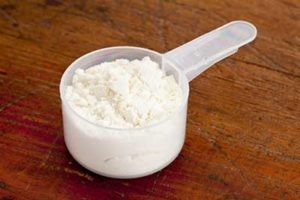 Creatine is probably the most proven, most effective and safest muscle and strength building supplement on the planet.

Supplement companies don’t tend to make their money from creatine monohydrate anymore however because it is so cheap to produce now and therefore has no profit margin.

There is always a company out there willing to produce it though, and you can get 6 months worth for about the same price as a single month of pre-workout.

The sad truth is that some manufacturers of sports supplements even put a negative spin on creatine so that you buy their hyped up nonsense products instead.

We’ve seen lines like “Creatine Free” written on packaging, as if it’s a selling point!

Other competitors might discuss how creatine might increase water retention and therefore make you look bloated…and who wants to look bloated when they’re trying to look cut and defined??

Of course, they neglect to go on to say that any water retention is completely temporary and it’s just an initial sign that creatine works, and works well.

The short answer to this Frequently Asked Question is: Yes, you should use creatine monohydrate if you are at all interested in improving strength, muscle mass, muscle density and intra-workout energy levels.

The Beauty of Creatine? 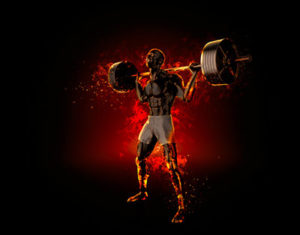 Creatine is a pretty simple molecule that our bodies get from food like meats, fish and eggs. It is basically a store of energy in the form of phosphate groups called phosphocreatine.

The majority of creatine’s benefits come from its bottled energy reserves. When we need it – muscles, bones, brains, livers – it delivers.

When used as a supplement, it increases our strength gains from resistance training and can add whole percentages of muscle mass within weeks.

Supplementation is an accumulative process. Once your body’s cells are saturated with creatine, you only need to keep maintaining that saturation – essentially topping up what you use each time you use it for energy/force/power…whatever you want to call it.

Creatine Monohydrate is the MOST effective form of creatine.

Close to 100% of creatine monohydrate can be taken up into cells, meaning there is virtually zero wasted.

Once you have reached the maximum saturation level, you have the maximum potential from the creatine. A daily dose will ensure that stays the case.
Here’s the kicker: Creatine Monohydrate is also the CHEAPEST form of creatine to manufacture…and purchase.

You can go out and buy a 6 month supply of creatine monohydrate for the price of one tub of pre-workout supplement.

So Why is the Creatine Issue So Complicated?

It doesn’t have to be…but it is.

Profit hungry companies can’t make money out of monohydrate. Much like the body of a smart weight lifter, the market is saturated with creatine monohydrate.

The price is so low now that no-one could possibly make money from it, but many companies grudgingly sell it.

Instead of highlighting these products, many of those manufacturers do one of the following:

Points (1) and (2) are clearly marketing strategies, albeit devious ones.

But point (3) – the “Super Creatine” – is just daylight robbery, plain and simple.

Let us repeat something we said earlier: NO FORM OF CREATINE IS MORE EFFECTIVE OR EFFICIENTLY ABSORBED THAN CREATINE MONOHYDRATE.

Also: It is a molecule which SATURATES the cells and is used like a big tanker of fuel, topped up daily.

“Rapid absorption” is a completely pointless technology here, especially considering it quadruples the price of the supplement.

And to add insult to injury, the stuff they put in the creatine to make it “Super” means that there’s less creatine in the tub of creatine!

What About Instantized or Micronized?

Now we’re making more sense. Monohydrate, as great as it is, sometimes sinks to the bottom of the water you’re mixing it with or the protein shake you take to the gym.

If it has been treated to mix with fluid better, then this is an adjustment we applaud. It also doesn’t detract from the efficacy or the quantity of the creatine itself.

And…the products that do this are basically as cheap as old-school creatine because once again, the market is flooded. 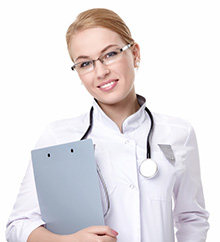 So there’s the long answer to the creatine question, but what about the amount you should be taking.

Well, you can approach this in two ways:

Take a loading dose for 5 days – something like 20 grams per day (split into 4 servings is fine). And then take a maintenance dose of 5 grams per day thereafter. The loading phase is really just a means of saturating your system over a shorter period of time.
Take a consistent 6 grams of creatine per day.

We do the second option, but both are fine. The only thing that may be of slight annoyance is loading phases can make your stomach a bit volatile. Large doses can upset the stomach a bit – much like BCAAs.

Water retention is not a problem but it may also appear more pronounced with a loading phase method. It will balance out once you start maintenance doses but it’s worth mentioning. It’s not dangerous though, it’s just your cells being able to hold more water.

Hence why it’s just sometimes easier to go with the consistent dose.

Should I Cycle Creatine?

There doesn’t seem to be a clear reason as to why cycling would be necessary. Our bodies get some creatine from what we eat anyway and there has been nothing from all the studies (which are virtually countless) with creatine to suggest cycling is necessary.

We’d probably say every 12 to 16 weeks, stop taking it for 2 weeks before repeating the cycle. Again, this is a personal preference, not a necessary thing.

FAQ #1 – How Much Protein Should I Eat Per Day? 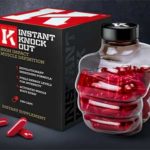 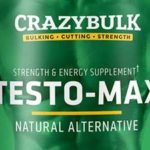 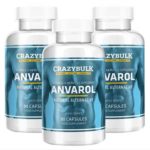 Crazybulk Anvarol is a bodybuilding … END_OF_DOCUMENT_TOKEN_TO_BE_REPLACED 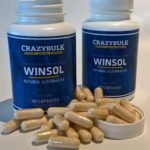 Crazybulk Winsol is a product … END_OF_DOCUMENT_TOKEN_TO_BE_REPLACED 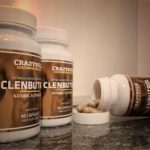 Crazybulk Clenbutrol is a fat … END_OF_DOCUMENT_TOKEN_TO_BE_REPLACED